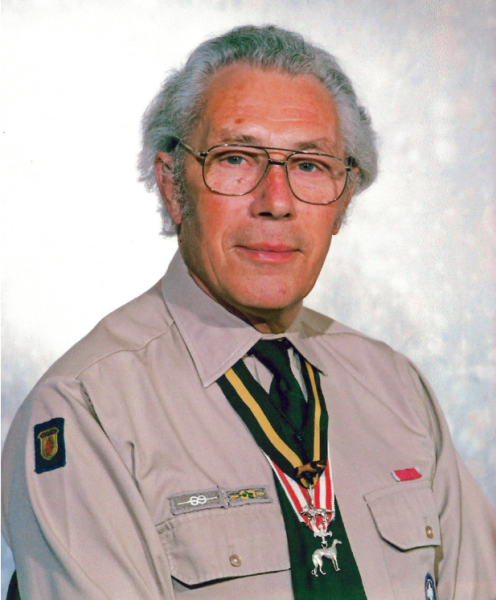 Tribute to our President

Our esteemed President Clifford Boyd OBE passed away on 7th July 2015. He was in his 93rd year.

Clifford started Lambeg Players in Harmony Hill Presbyterian Church in 1966. Over the years he produced many plays and pantomimes and latterly served as President of the Drama Club chairing committee meetings and AGMs for many years. He was Chief Scout and was awarded the OBE for services to scouting.

He attended our most recent play Don’t Tell The Wife in June at Harmony Hill where he had the pleasure of watching his son Colin and his Grandson Sam acting together in this hilarious Sam Cree play.

Cliffy, as he was affectionately known, was a true gentleman, and will be sadly missed.